Hi Everybody! I have so much to tell you about today because I’m on an adventure!

I’m here with my parents at my Grammy’s beach house in Rehoboth Beach. It’s one of my favorite places I ever get to go! I don’t really know what it is I like the most about coming here. I think lots of things make it special. One of them is that my parents are always really happy here and they laugh a lot.

Also there are a lot of great napping and lounging places. My Grammy bought this little cushion-y place right by the window just for “people” like me – the furry kind. It’s one of my very favorites. 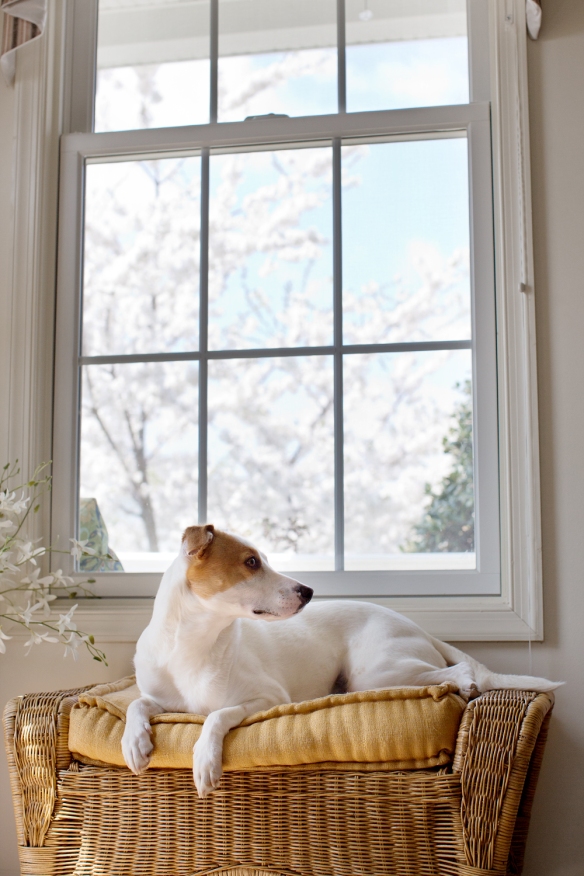 For lounging AND sleeping!

There is also a lot of good sunshine here. I like to follow it around to nap and lounge on the floor.

Sometimes, though, lounging on top of my mom is the best. I snuggle so close she can’t take a picture of my whole face at one time. I like it because I’m close enough to get lots of kisses on my face. I love kisses on my face!

But just like at home I only like to lounge and nap for part of the day. My dad is hiding from mom’s camera so you can’t quite see but I’m heading over to his couch to ask if we can go do something outside. He says I ask my mom for snuggles and him for everything else. I don’t know if it’s true or not I just know that I think whoever put the couches this way did a really good job!

The best part is that it worked! I got to go outside where the sun was shining. Grammy’s cherry tree was completely covered in pretty flowers. 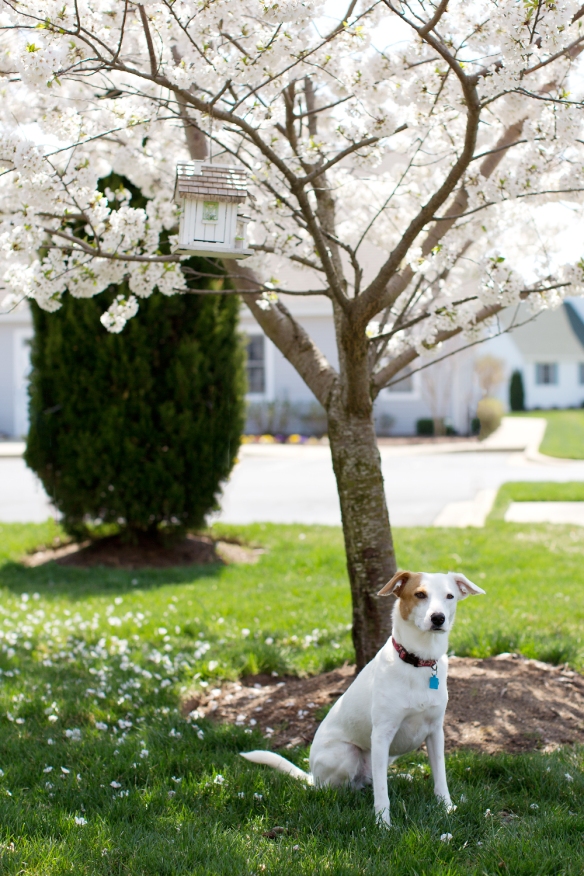 We didn’t stay out in the yard long though because even though it was really pretty we all decided we wanted to go see the ocean!

Mom and dad rolled down my window so I could smell the air on the way.

But then I realized mom’s window was open even wider and that was way better!

I don’t know whose idea this was but whoa.

I started to get sad but then I realized we were going a different direction and I was still going to get to see the beach!

YAY!! Isn’t it pretty? Do you have any idea how many cool smells there are here?

I’m lucky because I’ve been to this beach with my best friend Ellie before. It’s not quite as much fun without her there because everything is more fun with your best friend but it was still really great! 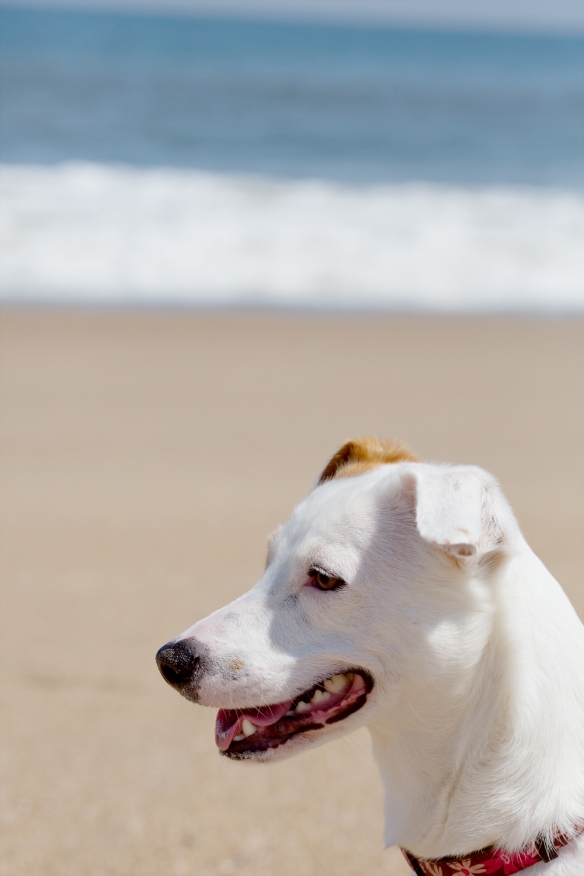 I like to watch the waves and the birds.

I also got to help my parents search for sea glass! I think it’s pretty but I’m not really sure I understand what the big fuss is about. They were really excited to find these pieces though so I’m happy for them! Mom especially liked the one in the middle that dad found.

I think my favorite part though was getting to see the horses! At first I thought maybe they were giant dogs that I could go play with but I’ve never seen people getting carried by dogs before. Then I remembered I’ve met horses at Grammy and Grampa Will’s before. They were exciting to watch! So exciting I kept watching until I couldn’t see them anymore. 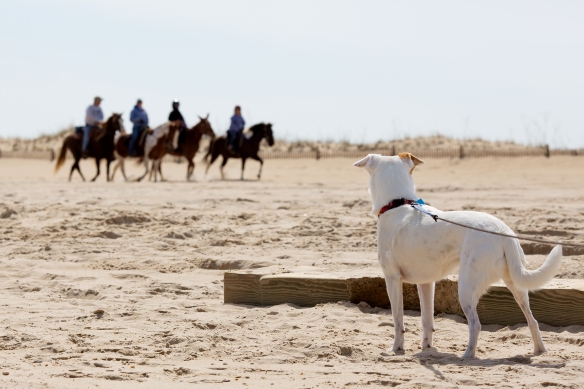 Mom and dad say tonight we’ll go back home to our little woods. For now though we’re having a mostly lounging and snuggling and movie-watching day because the clouds are out and it got kind of cold again. Days like this are special at the beach too so no one’s sad about it. I know we’ll see the sun again soon!